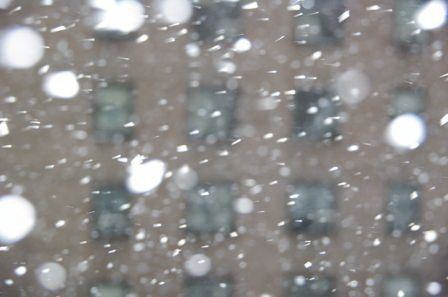 As a customer service speaker, here’s a big tip:  Your service matters!  And it’s not just your customers who notice.  Here’s what I mean.

The Northeast got clobbered with snow.  In late March, one week away from spring…BAM! everything turned white.

Over 4,000 flights were cancelled before a snowflake even fell.  Panic set in as radios across the United States blared stories about people stranded in airports, with warnings to check flights before heading to the airport, and a story about an eyebrow-raising tale that crushed a major airline’s public relations.

Broadcasters reported that one major airline cancelled dozens of flights and the airline was not planning to give travelers refunds because the cancellations were “weather related”.  Broadcasters also pointed out that other airlines had also cancelled flights, but the other airlines were reimbursing their stranded passengers.

Listeners could just imagine the scene at airports:  Flights not flying.  Lines growing.  Customers uncertain.  Tempers flaring.  Imagine being a passenger and discovering that not only is your trip cancelled, you aren’t getting reimbursed for it!

Why would an airline DO that?

The reason companies hire customer service speakers is to learn to make choices that make current and future customers happy.  That airline that refused to help its grounded, frustrated customers would have done well to follow that thinking.  Customers talk.  Word spreads.  (People not traveling from coast-to-coast across the country who didn’t even know anyone effected heard the story on the morning news as they got dressed!)

I don’t know if the airline gave in to pressure from competitors and refunded ticket prices or if they steadfastly refused to give customers their money back.  Either way, as the storms hit and listeners tuned in, and that airline paid a big price.

A lost battle on the airwaves as well as in all those northeast airports could have been avoided had that airline hired and heeded the words of an effective customer service speaker.  Don’t let anything similar happen to you!  As a speaker, I’ll make sure your decision makers and employees hear how to give service that keep your customers loyal.  That’s what you want in a customer service speaker.  What’s more, that’s the service your customers expect and deserve to get.

By the way, to book Vicki Hitzges (that’s me), visit this website’s Contact page or call 214.536.1888.  A customer service speaker motivates your employees to keep your customers happy.  Book BEFORE your next storm hits!